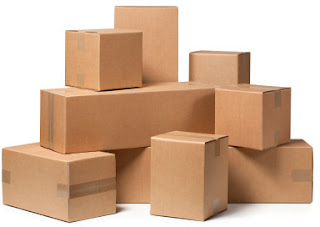 A few years back I thought I moved for the last time into my permanent home, but fate had a different idea.  Something quite difficult happened and we had to leave that flat. So now we've been moving almost yearly and we hope this will be the last one before our 2nd attempt in buying a house.  We have this milestone scheduled for 2017 more or less.


We've been seeing flats around the areas we like in the city, near downtown and near our jobs, but we weren't in love with anything… until yesterday.  We found 2 options that we loved.  A bit on the wee side, but I think that’s perfect to stop my hoarding impulses, but both have pros and cons.  Both are around 80 m2, but the first one has amazing big closets, a large living area, a gym, roof garden, automatic building door, a pass heater (I LOVE those), a balcony and everything is new, what I don’t like is that it just has 1 bathroom, the kitchen is a bit small and it has no lift.  On the second flat, I love that it has a lift, 2 beautiful big bathrooms, the kitchen is bigger and with a pantry, but the living area is small and generally the distribution is a bit wonky. Besides we won’t be able to use the common areas like the gym and party area.

I believe that if everything goes OK, we’ll be moving to the first flat by the end of the month.  Usually, by now, we would be going crazy with the packing, but we decided to outsource and hire a moving company that also packs our stuff, so we don’t have to stress out about this.

I'm scared about moving, because it’s been a coincidence that bad news follow me when I move, but it usually happens when I move to a pricier place, not cheaper, which is what we are doing now, so I feel good about this.

I'm feeling excited about our new home and that it will be covered in Christmas decorations for its first month.

As soon as I take possession of the new flat, I’ll post pictures and I’ll tell you if it was choice #1 or choice #2.

How do you feel about moving and house hunting?
Posted by TabbyChiro at 11:27